Before talking about culture, I would like to introduce the Croissant! Which is for me, one of the symbol of French culture. 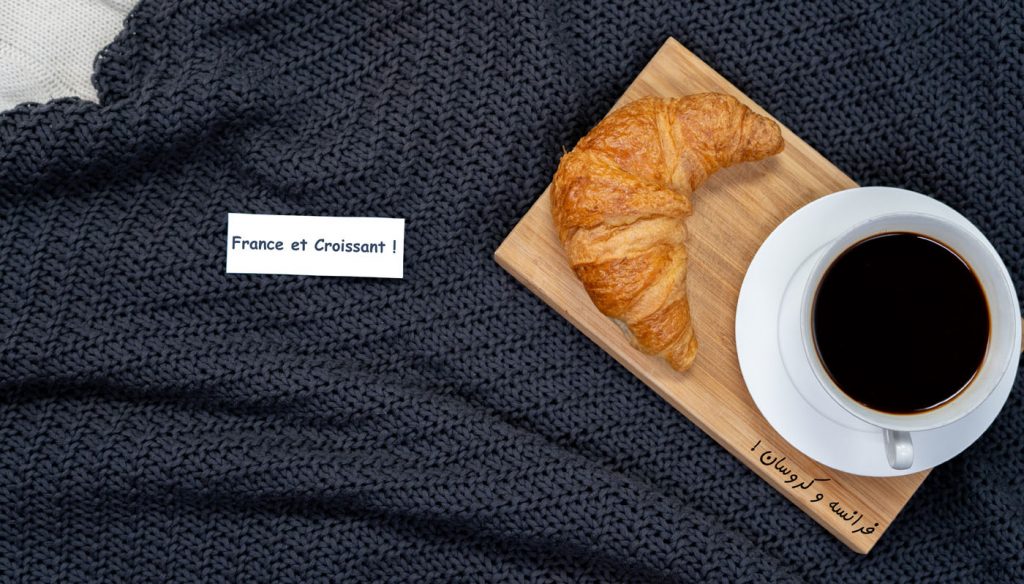 A croissant is a buttery, flaky, viennoiserie pastry named for its historical crescent shape. Croissants and other viennoiserie are made of layered yeast-leavened dough. The dough is layered with butter, rolled and folded several times in succession, then rolled into a thin sheet, in a technique called laminating. The process results in a layered, flaky texture, similar to a puff pastry. Yummy!

France has an exceptionally rich and varied cultural heritage with being a leader in tourism destinations in the world. You will have a front-row seat for it while you are studying here.

There are 43 UNESCO World Heritage sites in France. The variety of the countryside, the historic towns, and charming villages have all been a source of inspiration for artists, painters, and photographers. Visiting France is an invitation to explore the culture and the arts. The European heritage days each year in September are the opportunity to visit the most beautiful gems of French culture.

CULTURE THAT’S WORTH THE TRIP

The culture found in France is extraordinary. Culture is available year-round throughout the country and can be enjoyed to excess. The regions of France are home to archaeological, cultural, and historic treasures that provide excellent reasons to criss-cross the country.

From the Lascaux caves to the Château of Versailles, Claude Monet’s garden in Giverny and the Museum of European and Mediterranean Civilisations in Marseille – set off to explore a country where art and history are intimately entwined.6 000 bibliothèques municipales.

Every June 21st, the Fête de la Musique (Festival of Music) launched the summer season of outdoor festivals, concerts, and cultural events. Rencontres d’Arles, Paris dance festival, Eurockéennes de Belfort and the Festival d’Avignon there’s something for every art and everyone. Lots of students take advantage of the school holidays to join in the festivities.

Clichés about the French are often more or less accurate, but you still might sometimes be surprised.

Depending on the time of day or the person they’re talking to, the French don’t always use the same word in a greeting. If you’re not sure, a simple “bonjour” avoids being too familiar, especially with someone you don’t know.

Ever notice how the French kiss each other on the cheeks as a greeting? It’s a ritual that may seem banal, but which is in fact very precise. You don’t do the bise with everyone, nor in every situation. Depending on where you live, you do two, three, or four bises, starting with either the right or left cheek.

THE TRADITION OF THE “APÉRO”

The apéritif, familiarly called the apéro, is a real institution in France. It’s a relaxed time spent with the family or friends before dinner. It’s the time to have a drink while nibbling on something tasty. It is far from the most unpleasant of French traditions. You’ll see; you’ll soon develop a taste for it.

THE CULT OF THE BAGUETTE

If you have in mind a picture of a French person walking about with a baguette tucked under the arm, you won’t be disappointed. The French do indeed adore bread and have developed a real cult of the baguette. And you shouldn’t wait to do the same. The only question is if you prefer it with just a little crusty or well-done.

French is full of vivid expressions:

“tomber sur ” (fall on),
“jeter un œil ” (take a look),
“faire une nuit blanche” (sleepless night),
“donner un coup de fil” (ring up),
“poser un lapin” (stand up),
… It can sometimes be hard to figure out what they mean if you’ve never lived in France before. Don’t hesitate to ask what these expressions mean. A brief look at some French sayings to think about and use.

AN OBSESSION WITH CHEESE

As far as cheese goes, the reality far exceeds the cliché. The French love it. Hard and soft cheese, cow’s milk cheese, goat’s milk, or sheep’s milk cheese – there is a huge range of choices. You should easily be able to find one or two to your taste before you become completely addicted.

A THOUSAND AND ONE CLICHÉS ABOUT THE FRENCH

There are lots of clichés about France and French people, some match reality, others are somewhat exaggerated – but you be the judge!.