France is much more than Paris! The main cities of France offer a diversity of culture, history, and beauty, from Nice’s Mediterranean seaside breeze to Strasbourg’s sauerkraut and Christmas markets. Discover the unique characters and personality of each of these cities.

Paris
With a population of 2.2 million, Paris is by far France’s largest city. Connected to London via the Channel Tunnel and the rest of the world by its major international airports, Paris sees upwards of 16 million international visitors a year.

Paris is one of the world’s major economies and a leading hub of finance, commerce, fashion, and more. However, it is best known for tourism, consistently ranking within the top five tourist destinations in the world.

Lyon is the third-largest city and second-largest metropolitan area of France. It is located at the confluence of the rivers Rhône and Saône, 391 km southeast of Paris, 278 km north of Marseille and 113 km southwest of Geneva.

The city of Lyon had a population of 522,969 in 2019 within its small municipal territory of 48 km2, but together with its suburbs and exurbs the Lyon metropolitan area had a population of 2,280,845 that same year, the second most populated in France.

Lyon and 58 suburban municipalities have formed since 2015 the Metropolis of Lyon, a directly elected metropolitan authority now in charge of most urban issues, with a population of 1,411,571 in 2019.

The capital of the Gauls during the Roman Empire, Lyon is the seat of an archbishopric whose holder bears the title of Primate of the Gauls. Lyon became a major economic hub during the Renaissance. The city is recognised for its cuisine and gastronomy, as well as historical and architectural landmarks; as such, the districts of Old Lyon, the Fourvière hill, the Presqu’île and the slopes of the Croix-Rousse are inscribed on the UNESCO World Heritage List. Lyon was historically an important area for the production and weaving of silk. Lyon played a significant role in the history of cinema since Auguste and Louis Lumière invented the cinematograph there. The city is also known for its light festival, the Fête des Lumières, which begins every 8 December and lasts for four days, earning Lyon the title of “Capital of Lights”.

Economically, Lyon is a major centre for banking, chemical, pharmaceutical and biotech industries. The city contains a significant software industry. The home of renowned universities and higher education schools, Lyon is the second-largest student city in France, with a university population of nearly 200,000 students within the Metropolis of Lyon.

Lyon hosts the international headquarters of Interpol, the International Agency for Research on Cancer, as well as Euronews. According to the Globalization and World Rankings Research Institute, Lyon is considered a Beta city, as of 2018.

Universities and tertiary education of Lyon

Nice
Nice, the fifth most populous city in France, is the most iconic location in the French Riviera. Tucked in the southeast corner of France, this picturesque city sits at the foot of the Alps and stretches along part of the Mediterranean coast. Nice’s relatively warm climate and stunning seaside have made it one of France’s most popular destinations.

During the 18th century, Nice became a popular winter getaway for the English upper class. The name of the seaside promenade name reflects this part of its history: Promenade des Anglais, which translates to Walkway of the English. Nowadays, the city attracts re-settlers from all over Europe. Nice hosts about 5 million tourists a year, second only to Paris.

Marseille
Marseille is France’s oldest city and one of the oldest in Western Europe. Its timeline goes back to 600 BC when the region was settled by ancient Greeks. Marseille’s geographical position along the Mediterranean sea allowed the outpost to serve as an important port city throughout much of its history.

Today, Marseilles is France’s second-largest city and the main port for commercial and cruise ships. In recent decades, the city has developed into a popular tourist destination with around 4 million visitors a year.

Bordeaux
Well known for its distinct and coveted namesake wine, Bourdeaux is considered the wine capital of the world. More than 700 million bottles of wine are produced here every year. Bordeaux wine ranges from simple table wine to some of the most prestigious wines in the world.

In addition to its most famous export, Bordeaux is also home to 362 national heritage sites, designated as historic monuments. Millions of visitors come every year to tour the city’s architectural marvels. 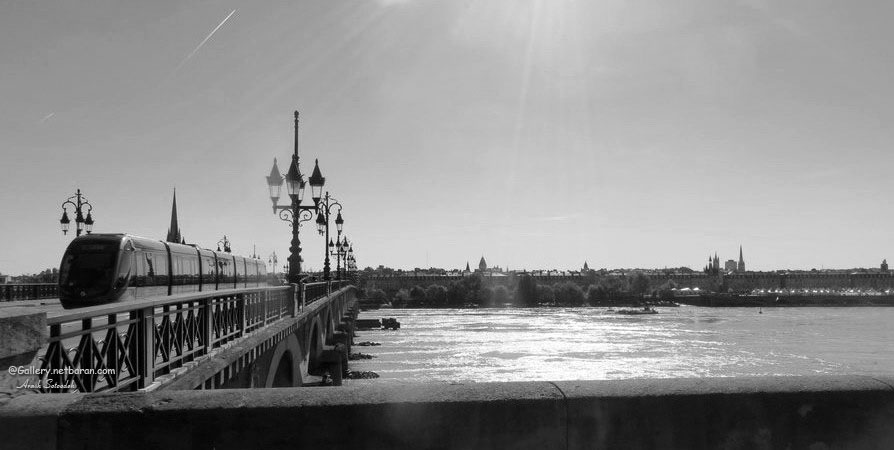 Toulouse
Toulouse is nicknamed la villa rose, or the “pink city”, for its buildings comprised of signature light red terra cotta bricks made from the river Garonne’s reddish mud. The city grew into prominence during the 15th century as a major producer of blue dye. Toulouse was among the wealthiest cities in France, but the economy took a major hit when a cheaper alternative pigment, indigo, was introduced from India.

Recovery was slow, but by the 18th century, Toulouse began to modernize. The long-time rival to Bordeaux has since re-invented itself as a European capital of the aerospace industry. The city is home to aeronautics giant Airbus’ headquarters and several major firms collectively known as an aerospace valley. The Toulouse Space Centre is the largest space center in Europe.

Click the link below to have more information about learning French at Toulouse:

Strasbourg
Strasbourg is among the most popular tourist destinations in France, but in some ways, the city has more in common with Germany. Situated close to the eastern border with Germany, the city is part of the Alsace region of France. Many locals speak Alsatian, a German dialect.

This heritage and a sense of Germanic identity are evident even today. Many of Strasbourg’s street signs are written in classic German script, and much of the cuisine includes German classics like sauerkraut. One of the most famous attractions is the Strasbourg Christmas market, the oldest and largest Christmas Market in Europe.

Montpellier
Montpellier, the seventh-largest city in France, is located in the country’s southern region. The city has gone through a process of rapid development, consequently distinguishing itself as more than just a port along the Mediterranean. Much of Montpellier’s increasing popularity is due to a growing student population, which makes up about a third of the overall population. Half of the city’s population is under 35.

Dijon
The city of Dijon, located in eastern France, is one of the country’s wine capitals, but it is perhaps even more famous for its mustard: la Moutarde de Dijon. Sadly, much of the Dijon mustard sold in stores today is no longer produced in Dijon. Still, the Burgundy region is world-renowned for its vineyards and production of top-shelf wine. In the fall, the city holds its popular International and Gastronomic Fair, one of the most important food fairs in all of France.

Nantes
During the 17th century, Nantes was the largest port city in France and a major trading center with other coastal Atlantic neighbors. Today, Nantes has a population of approximately 300,000, striking a balance between a booming artist culture and thriving service industries.

Some regions
The different regions of France display incredible variety: culture and heritage, their traditions and cuisine, sea or mountain, town or country. Use your time studying in France to explore a colorful country.

AUVERGNE-RHÔNE-ALPES: THE MOUNTAINS IN ALL THEIR GLORY
The Auvergne Rhône-Alpes region is a land of volcanos and snow-covered peaks: from the springs of Evian to the slopes of Mont-Blanc, choose from amongst the ski stations and the thermal spas. From Lyon to the shores of Lake Annecy.

HAUTS-DE-FRANCE, LAND OF THE NORTH
Hauts-de-France region is dotted with cathedrals, bell towers, and citadels, and its plains bear witness to its mining history. Lille’s carnivals and street market are the chance to try the best chips in France, before sauntering to the Côte d’Opale.

NORMANDY: THE GOOD LIFE
People go to Normandy for its gentle climate, wooded countryside, cows, and steeples. You can also admire the cliffs of Fécamp, be speechless at the sight of Mont-Saint-Michel, walk the beaches of D-Day and follow the path of William the Conqueror.

BURGUNDY FRANCHE-COMTÉ: THE ART OF LIVING
The Burgundy Franche-Comté region is renowned for its vineyards. It’s also home to delicious escargots. Use the region’s many canals to stop off and enjoy all the different culinary delights from Dijon to Châlons-sur-Saône before reaching the Jura, with its magnificent view of the Alps.

ÎLE-DE-FRANCE: A CAPITAL REGION
Île de France is the cultural and political heart of France. There are countless historic monuments, cultural events, and chances for an evening out. From nights out in Paris to walks in the woods surrounding the town, there’s so much to see in Île-de-France.

THE CENTRE-VAL-DE-LOIRE REGION: THE RUN OF THE RIVER
The Centre-Val-de-Loire region was the cradle of the French Renaissance; the majestic chateaus that line the river testify to that. The banks of the Loire are favorite destinations of fans of bicycle tourism, one of the best ways to explore the Centre Val de Loire region.

PAYS DE LA LOIRE: THE OPEN AIR
With its long beaches, islands swept by the ocean spray, and dunes as far as the eye can see, the Pays de la Loire region is the ideal destination for those in search of a breath of fresh air. Cultural life in Nantes is famously dynamic. From the cathedral in Le Mans to the saltwater marshes of Guérande, the Pays de la Loire is worth the visit.

BRITTANY: LAND OF MYSTERY
In Brittany, a region of tradition and character, the story of the sea meets the story of the Celts. There you can walk across the mist-covered moors before tasting seafood in a Morbihan fishing port. From Brest harbor to the lively streets of Rennes, Brittany is awaiting discovery.

OCCITANIE: LIFE IN THE SUN
Nestled against the Pyrenees and bordered by the Mediterranean, Occitanie has a wide variety of countryside and activities. Its inhabitants take the time to enjoy life and share the excellent regional specialties, such as the famous foie gras. From rose-coloured Toulouse to Catalonian Perpignan, Occitanie is ripe for exploration.

PROVENCE-ALPES-CÔTE D’AZUR: CONCENTRATED MEDITERRANEAN
From the beaches of the FrenchRiviera to the mountains of Mercantour, the “PACA” region is covered with fields of Provencal lavender, marinas, and “calanques” – the rocky creeks found in the area. Roam the laneways of Marseilles and listen to the sing-song accent of the locals before heading for the Esterel and Italy. Explore the Provence-Alpes-Côte-d’Azur region.

OVERSEAS FRANCE: FRANCE AT THE ENDS OF THE WORLD
Dream landscapes, good living, and the pleasure of the senses under the gaze of the “Old Lady”, the nickname of the volcano La Soufrière.

Martinique offers a savory mix of Caribbean creole traditions at the base of Mount Pelée, which dominates the island.

The only French Overseas territory that is not an island, Guiana is a land of nature where the Amazon forest bursts out upon the ocean, as do the rivers that meander through it.

If you’re looking for a change of scenery, try this tropical and volcanic island in the Indian Ocean, where Tamil, Indian, Chinese, Malagasy, Creole, and French culture come together artfully.